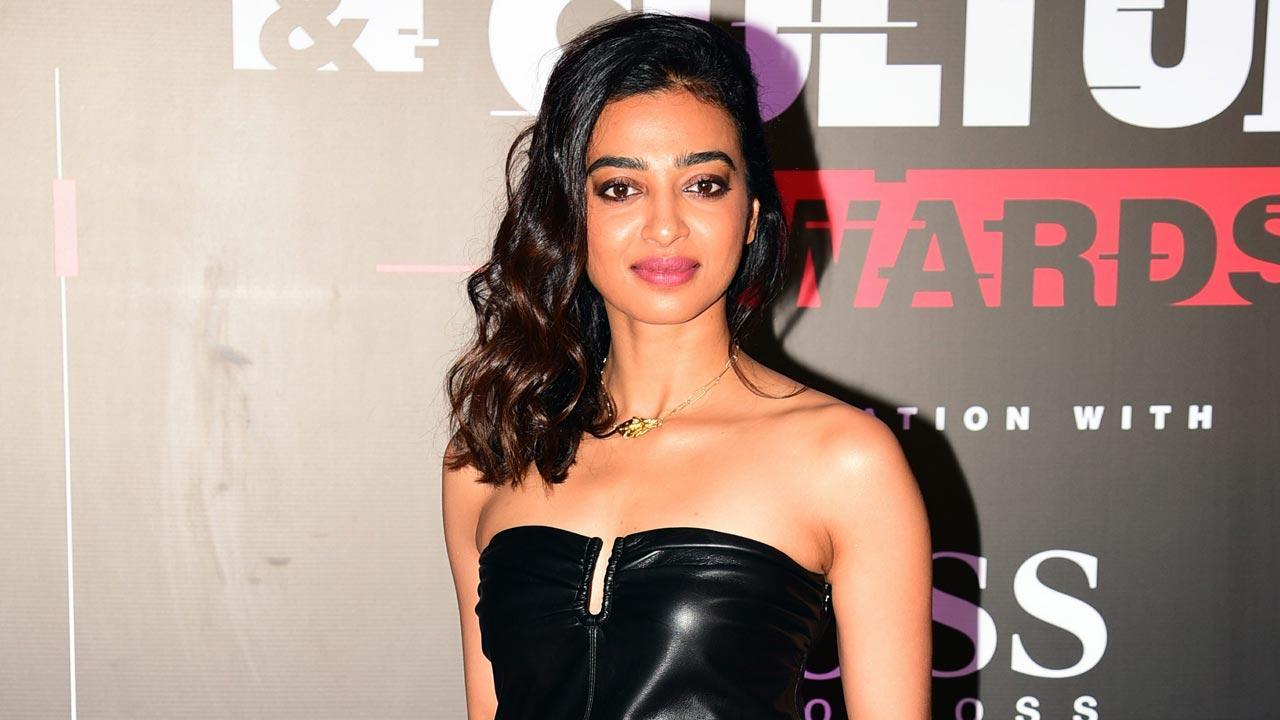 Weeks after being stationed in the idyllic hills of Mussoorie, actor Radhika Apte has wrapped up shooting for her upcoming film `Forensic` that also stars Vikrant Massey in the lead role.

Radhika posted a hilarious behind-the-shoot picture featuring herself posing with Vikrant who gave a pout pose for the camera with a red coloured lipstick applied on his lips.

Sharing the picture, she wrote, “And it`s a film wrap (for me).”

The shooting of `Forensic` went on floors in August. Few weeks after commencing the shoot, the team of `Forensic` including the leading duo Vikrant, Radhika, actors Prachi Desai and Vindu Dara Singh along with the producers Deepak Mukut, Mansi Bagla, and Varun Bagla among others from the crew met the Uttarakhand Chief Minister Pushkar Singh Dhami.

`Forensic` is directed by Vishal Furia and produced by Deepak Mukut, Mansi Bagla and Varun Bagla under their banners of Soham Rockstar Entertainment Private Limited and Mini Films. Hunar Mukut is serving as the co-producer.

This story has been sourced from a third party syndicated feed, agencies. Mid-day accepts no responsibility or liability for its dependability, trustworthiness, reliabilitsy and data of the text. Mid-day management/mid-day.com reserves the sole right to alter, delete or remove (without notice) the content in its absolute discretion for any reason whatsoever